Stay up to date on the events page or our Facebook page.

We will be running classes from the 8th of February to the 1st of March.

Can't make these, we will be running another 4 weeks of classes form the 8th till the 29th of March. 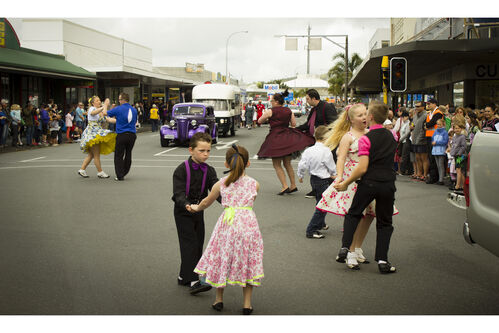 Our mission is to provide a friendly and welcoming place where people can see what we provide.

The Whangarei rock n' roll club welcomes you to our page.

Whangarei rock n' roll club is a non-profit organisation. We have been around for 30 years and with the devotion of hard working people have become lucky enough to own our own club rooms. The club was founded for people who enjoyed the music, the dress and the era to come together and socialise.

As the 'Rock n Roll' revival craze swept up and down the country in the late 70's and 80's and tunes from Bill Haley and Elvis Presley provoked riots overseas, a group of like-minded people in Whangarei got together in 1980 and formed a group to collectively enjoy the new dance craze, the catchy tunes and the fun they both invoked.

This group of enthusiasts had seveal informal meetings and decided they were onto a good thing. Although initially they had no actual committee and no definate guidelines they called themselves the Whangarei Rock 'n' Roll Revival Club, and they set out to enjoy. They decided to gauge public interest in their newly formed Club and hopefully to attract more member, so they advertised thier first official dance in the first club Newsletter.

Riding the tide of popularity the club started running rock 'n' roll lessons to sell out crowds of upward of 160 people, all wanting to learn to dance. The lessons were tutored by Chris Leach and held in the Whangarei Intermediate School Hall.

Astounded by all this interest and enthusiasm, members set about legally forming a constitution and gaining official status, emerging as the Whangarei Rock 'n' Roll Club Incorporated in 1981, the name the club is known by to this day. They were one of the earliest Rock 'n' Roll clubs formed in New Zealand and in 1984 they affiliated to the NZ Amateur Rock 'n' Roll Association.

Also in 1984 a group of member competed in the very first official NZ National Senior dance championships run by the NZAR & RA, held in Gisborne, and came home with the trophy for the Best Dressed Male Competitor (the member concerned being dressed as Elvis, resplendant in a white jump suit adorned with rhinestones).

In 1986 the first official NZ Junior championship was run, on a trial basis, hosted by the Hutt Valley Rock 'n' Roll Club and our first junior competitors danced in the 1988 Championships.

In 1987 the Club decided it was time to have some sort of clubroom facilities of thier own, instead of having to cart all their goods and chattels from pillar to post for each event they staged. They finally settled into rented rooms above an engravers shop in Reyburn Street. Their first Clubrooms, what a luxury. However, this was to be just the first of many such moves for the club. As their rented accomodation was either sold from underneath them or taken over by permanent business, they found them selves having to move on yet again. Poto street, Herekino street and Cobham Oval followed in quick succession. It now became very evident that what was really needed to secure their future was a permanent headquarters of their own and so the committee set about the daunting task of fundraising the thousands of dollars needed to secure a lease on a piece of land and to build its very own Clubrooms.

Finally, the plans for the club rooms were drawn up in late 2002 and building construction started in February 2003 at William Fraser Memorial Park. On the 14th February 2004, their brand new club rooms were officially opened. It had taken 12 months of a tireless commitment of voluntary labour by its members and a lot of blood sweat and tears along the way.

And now over 40 years have passed and though times have changed and faces have come and gone, the Club and its Committee still continues promoting Rock 'n' Roll through the avenues of dance demos, lessons and social events, to name a few.